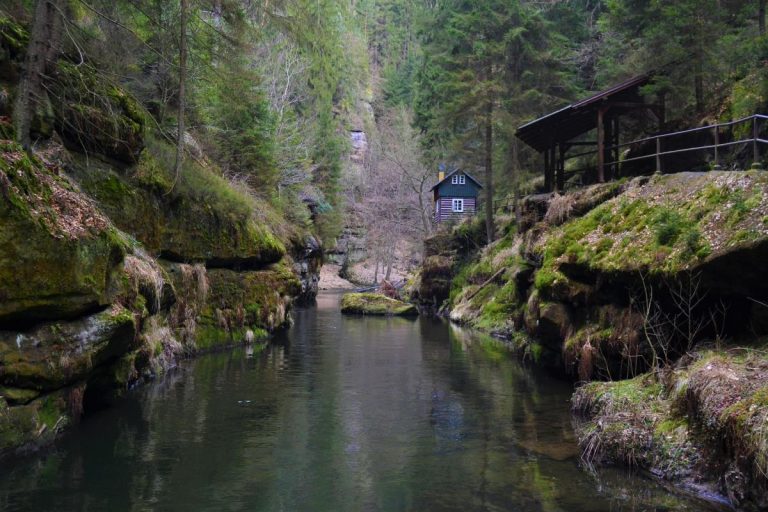 There are rare species of plants and animals. Examples of animals include the black stork, brown trout, salmon, peregrine falcon, lynx and river otter. Among the prominent plants, we can mention, for example, the marsh warbler, the two-flowered violet, and six species of orchids.

Many species of lichens, mosses, ferns and fungi grow in Bohemian Switzerland National Park. Boat rides (with a guide) on the Edmund Gorge and the Wild Gorge on the Kamenice River have become a very popular tourist destination. In Hřensko, Kamenice flows into the Elbe. The Elbe River Canyon is the largest sandstone canyon in Europe. There are many rocky viewpoints in Bohemian Switzerland.

There are also ruins of rock castles and a water mill. The region also attracts with its preserved architecture. The southern side of Germany along the state border with Bohemian Switzerland is called the Saxon Switzerland National Park. This area has a quality tourism service. Here you will find hiking trails of varying difficulty. The uniqueness of this region are rock towns, table mountains, deep gorges and gorges. Königstein Castle, which is the largest rock castle in Europe, is of great interest to tourists. 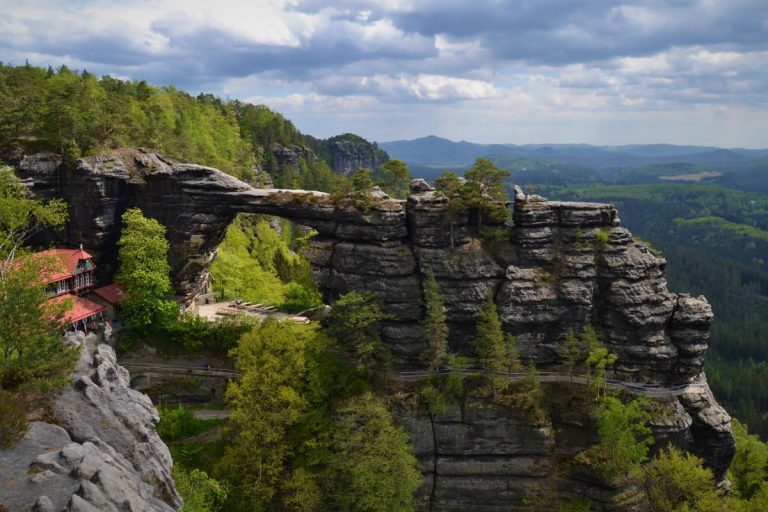 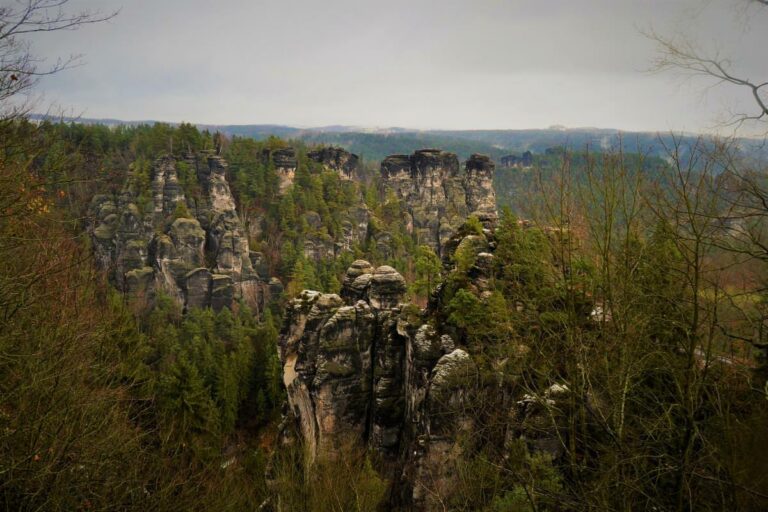 Trip to the Pravčická gate – the largest natural sandstone gate in Europe. The starting point is Mezní Louka. Right next to the paid parking lot across the road there is a playground on which a four meter high replica of the Pravčická gate was built. Follow the red tourist sign to meet our excursion destination. Along the path at the edge of the forest, before we gradually start to climb, there is the Forest Adventure Complex Rysí stezka with twenty interactive stops. We can keep this 1.5-kilometer-long fun and educational trail until the very end of the trip, after returning from the Pravčická gate to Mezní Louka. We gradually climb, about halfway to the Pravčická gate on the left side we come across a lookout point. Along the way, we follow massive sandstone formations. An educational trail around the Pravčická gate leads here, which is about 7 km long and has a total of 12 stations. On the information panels we can read interesting facts about the creation of the local unique landscape and local fauna and flora. From the turnoff to the Pravčická gate, we have the final ascent ahead of us. At the tourist hut “Sokolí hnízdo” standing next to the Pravčická gate, it is possible to buy a ticket, which provides access to several above-mentioned lookout points providing views of the beautiful nature of Bohemian Switzerland, the surrounding rocks and the unique Pravčická gate. Under the Pravčická gate is a sitting area and a buffet. Hot meals are offered by the restaurant in Sokolí hnízda, but it is necessary to count on higher prices. The top floor of Sokolí hnízda is dedicated to photographs of the Bohemian Switzerland National Park. From Pravčická brána we will follow the red tourist sign at the Tři prameny crossroads, from where we will take a bus to Mezní Louka, where we have a parked car. Here, children can have fun on the playground or walk through the Forest Adventure Complex Rysí stezka. 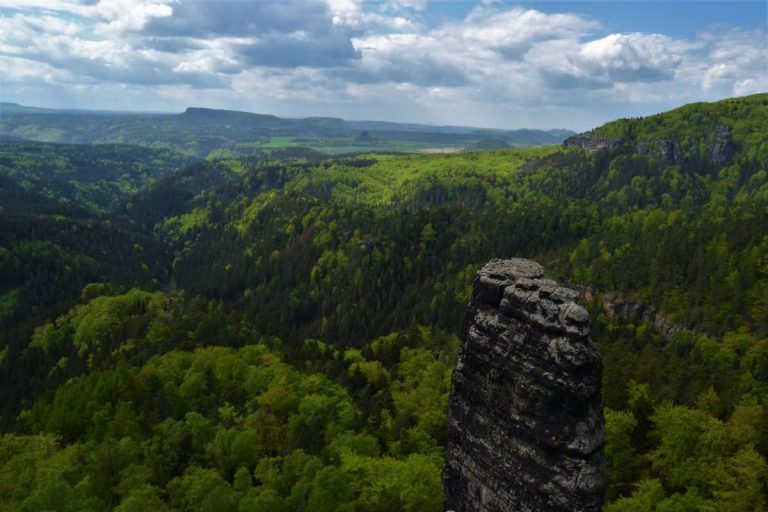 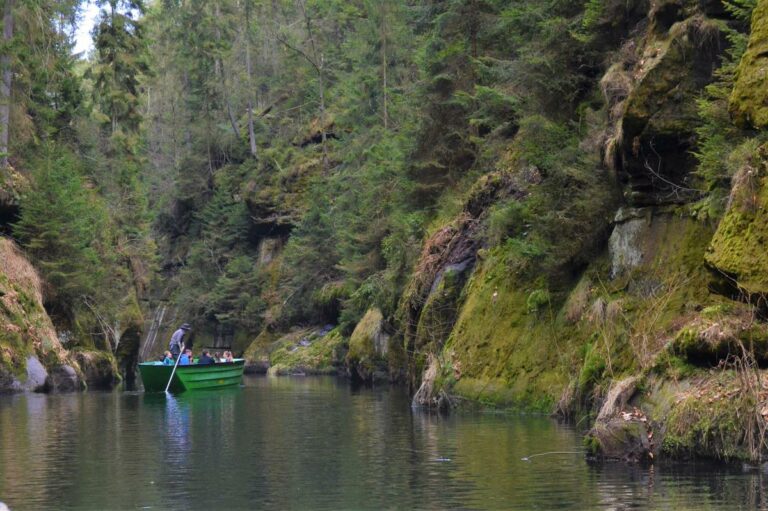 Edmund´s george
From Mezní můstek we continue to Edmund’s (also called Tichá or Dolní) gorge. In this section we pass through rock tunnels and under rock overhangs. About 200 meters in front of the upper marina is a buffet with outdoor seating. In the reconstructed log cabin, it is possible to visit a free interactive exhibition dedicated to the history of the Hren gorges. We sail through the impassable part of Edmund’s gorge on boats accompanied by a ferryman, who will make our journey more pleasant with a funny explanation. The cruise through the Edmund Gorge is 960 meters long and takes about 20 minutes. After exiting the boat in the lower dock, we set off along the river, first along the suspension bridges under the rock overhangs and then along the forest road to Hřensko. 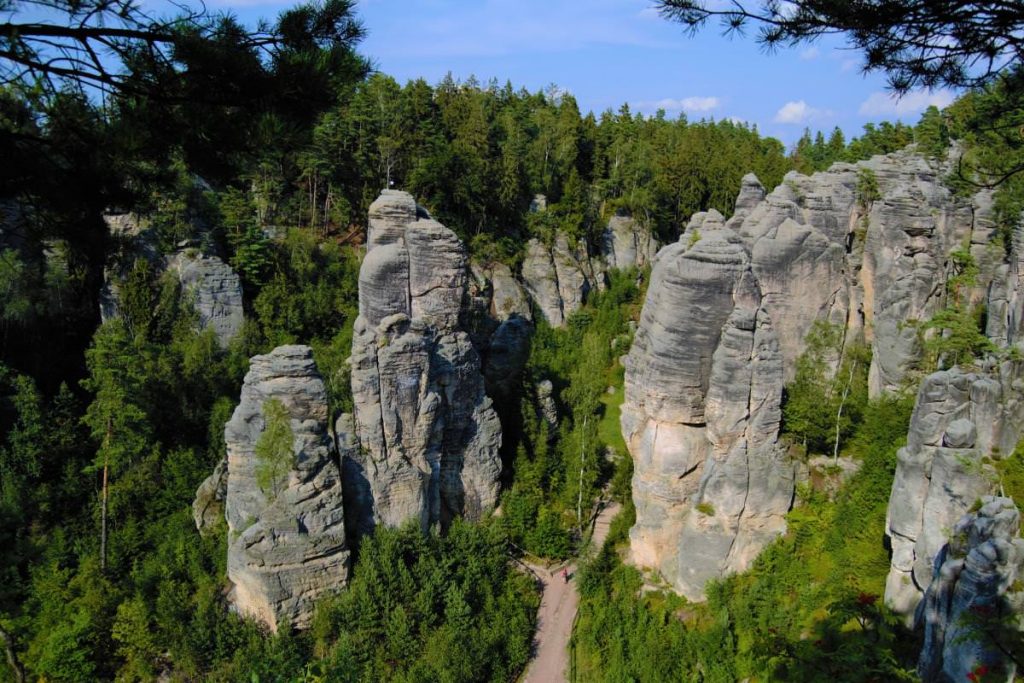 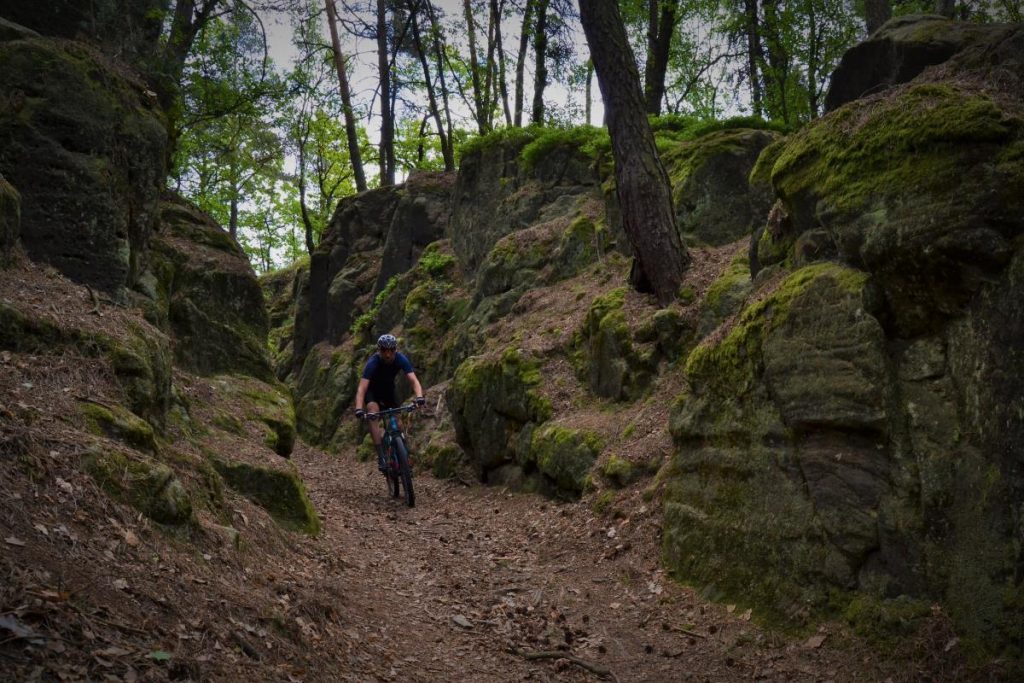 One of the most beautiful valleys in Bohemia is located approximately between the villages of Kokořín, Sedlec and Vojtěchov in the valley of the river Pšovka 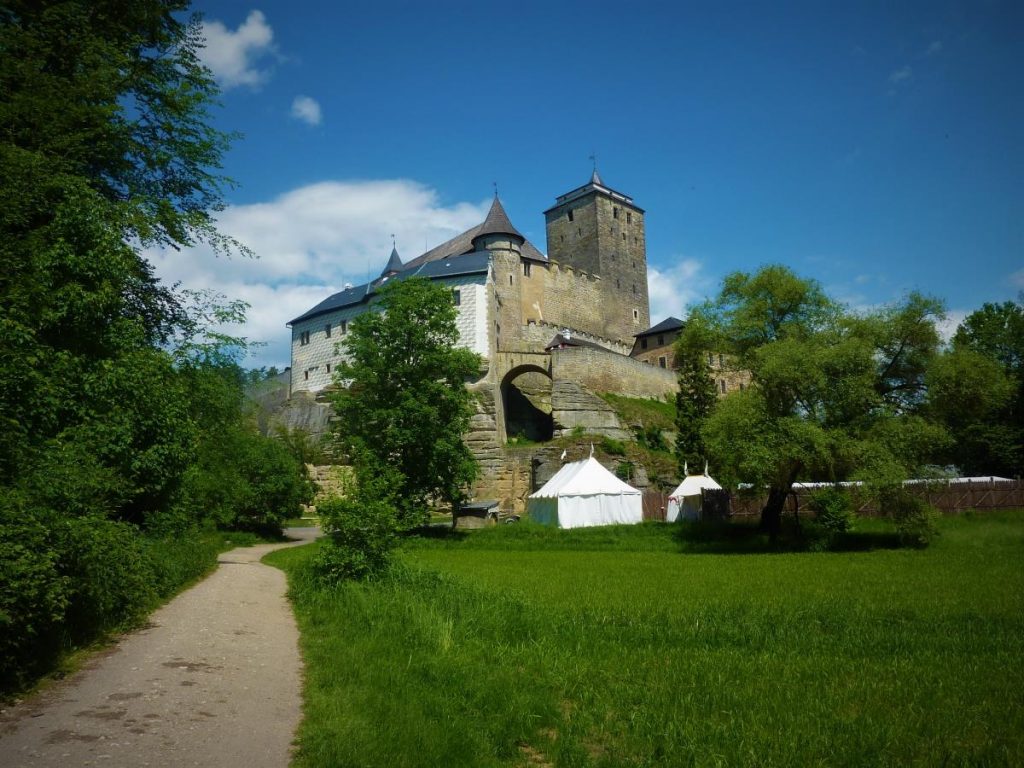 The castles in Bohemian Paradise Geopark