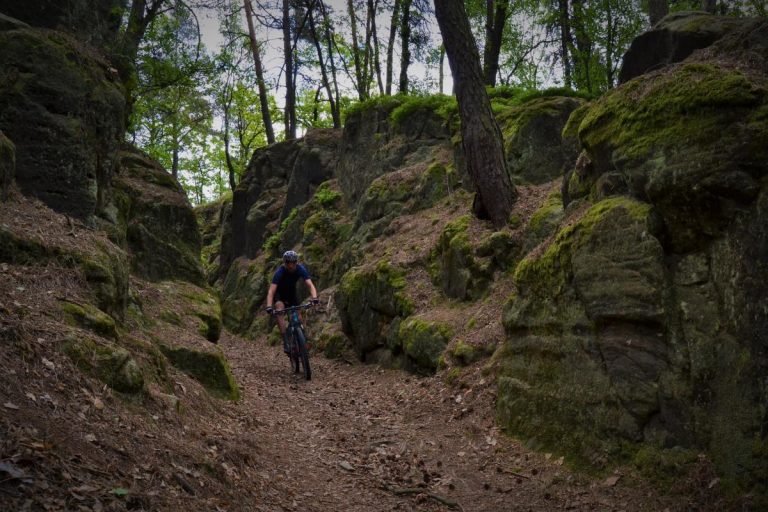 Hiking in Kokorin valley:
One of the most beautiful place in central Bohemia

One of the most beautiful valleys in Bohemia is located approximately between the villages of Kokořín, Sedlec and Vojtěchov in the valley of the river Pšovka. The nature reserve was declared here in 1953 and the subject of protection is various sandstone formations, as well as ponds on the river and side ravines.

Probably the most famous destination in the Kokořín mine are Mšenské pokličky. Twelve meters high rock formations were formed by weathering of sandstone and the most massive hat measures six meters. Jestřebické Pokličky is located about one kilometer west of the village Vojtěchov and is not so easily accessible. The local Lids are also in a less advanced stage, so it is assumed that over time they will also become admirable shapes.

The road behind Pokličky is easily accessible from the road, but count on a slightly steeper path up the wooden stairs. You have to be very careful during the journey, but eventually you will get to beautiful formations, from which you will have a nice view of the deep gorge Močidla. Climbers must get a taste for climbing – it is not allowed. Hikers can walk to Pokličky from Kokořín Castle along the Pšovka stream along the red marked hiking trail. It is a distance of five kilometers. Otherwise, you can park in the parking lot below Pokličky. 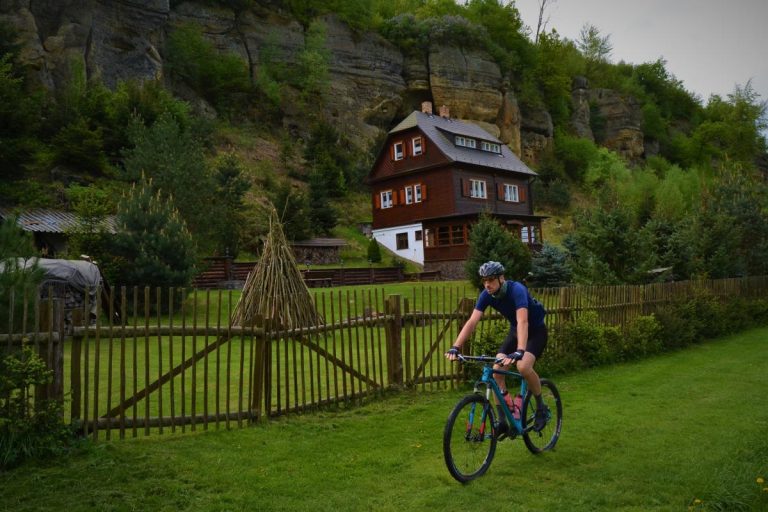 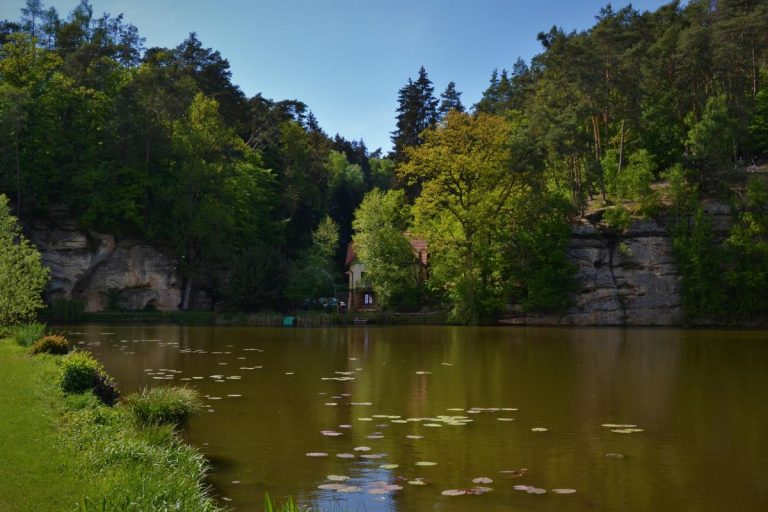 rises in the sandstone rocks of Kokořínský důl, above the valley of the Pšovka river. The very attractive landscape of the Kokořín region consists of interesting rock formations, forest stands, ponds, rare plants and animals, wild canyon valleys, historical monuments, folk buildings. The landscape was declared a Kokořínsko Protected Landscape Area in 1976.

You will come to the castle over a wooden bridge. Inside is a courtyard and just above it a cash register and souvenirs. The original building was built during the thirteenth century and the fortress, partially carved into the rock, was inhabited by the then owners of the estate. Unfortunately, the seventeenth century became a time when the castle began to turn into a ruin. The current appearance of Kokořín Castle dates from 1911-1916, when modifications were made. The dominant feature is a 38 m high cylindrical tower with a stone helmet. The castle palace has increased by one floor compared to the original, modern paintings on the walls and also the equipment of the rooms.

Over the years, many owners have changed in Kokořín. In 1894, Josef and Marie Jír sold the manor to the landowner Václav Špaček, after whom Kokořín was owned by his son Jan, and from his younger son this property was nationalized in 1950 by the Czechoslovak state. It was returned to the Starlings in 2006 and they still want to keep it open to anyone who longs for a beautiful trip.

Kokořín Castle also interested many artists, whom he mysteriously attracted and provided them with many inspirations. Famous names associated with the ruins of Kokořín in a romantic spirit include Josef Navrátil and Antonín Mánes, whose paintings often contain a castle. Karel Hynek Mácha could not miss the place either, he created the work Gypsies here. Mácha first saw Kokořín in 1832 and depicted him in a drawing. Thanks to the poet’s love for the local nature and monuments, the region is called Mach’s. 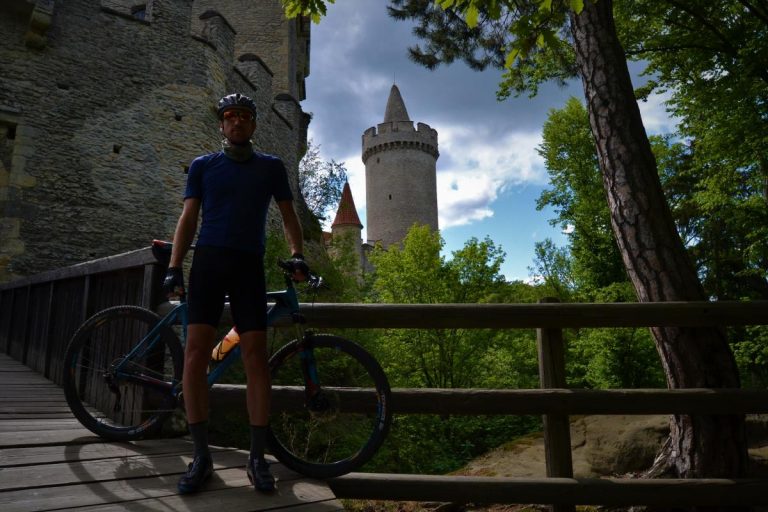 Beautifu natural swimming in Kokořínský důl 12 km from Mělník. The pond is lined with sandstone rocks. Above the settlement of Harasov lies a castle built in the 14th century. The Harasov pond with a sandy bottom lies in the Kokořínské důl on the Pšovka river. Outside the grassy shore, you can try 2 sandy beaches here. By the road there is a paid parking lot for cars, there is also the possibility of refreshments in the Fisherman’s Bastion. Swimming is free. The water here is colder, but always clean. It is paid for parking (90 CZK in 2020). There is a ban on bathing dogs.

The town spa in Mšeno is a unique architectural work in the art deco style and is one of the gems of our region. They were built in 1932. They are a place of pleasant rest (water from a rock spring is guaranteed to pleasantly cool you even in the hottest summer) and occasional cultural events.

The best navigation tool in Czech you can find on www.mapy.cz. It´s possible to download an app and you can use offline on your hike.
It much more better as google map while is made by czech designer and has good feature such as outdoor mode. Which can you help during your hike in nature.

The best places to visit in the Czech Republic