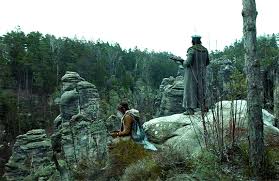 The series Carnival Row was filmed completely in the Czech Republic, we had a total of 108 shooting days and the preparations took another five months, started in May 2017. 60% of the films were shot in studios, on the grounds of Barrandov studios decoration. We employed around four hundred craftsmen in their construction. But we also filmed in the Prachov Rocks, in Liberec, in the Frydlant and Krnsko castles, ”said producer David Minkowski from Stillking Features, which filmed in the Czech Republic, last March.

The Czech Republic, home to fairies.

“There was never anything like Carnival Row. Such a story, together with an absolutely unique world, motifs and aesthetics, will be seen for the first time by television. We can’t wait to show it to the audience, ”said Joe Lewis, head of the comedy and drama section at Amazon Studios, in an official statement in October 2017. 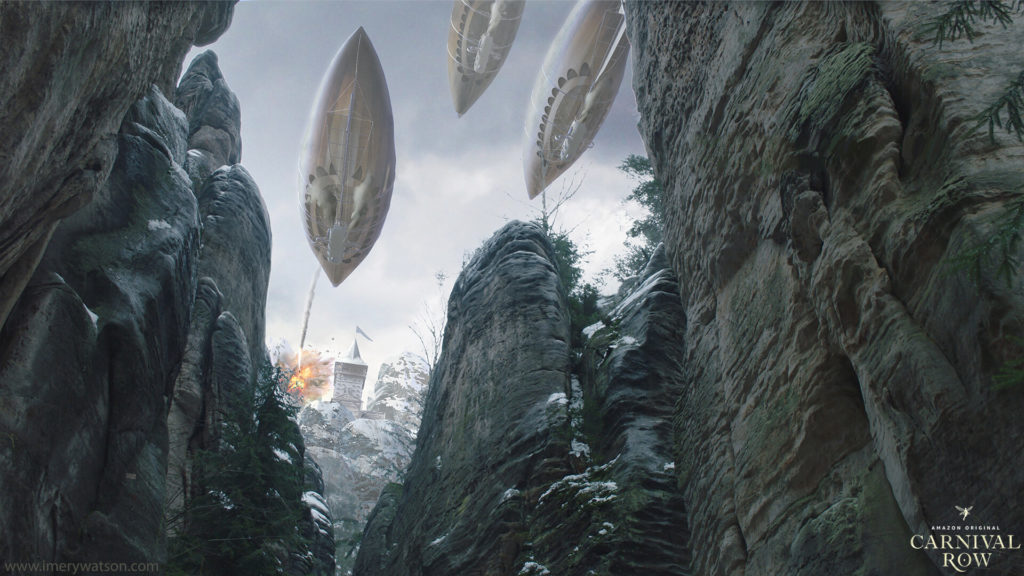 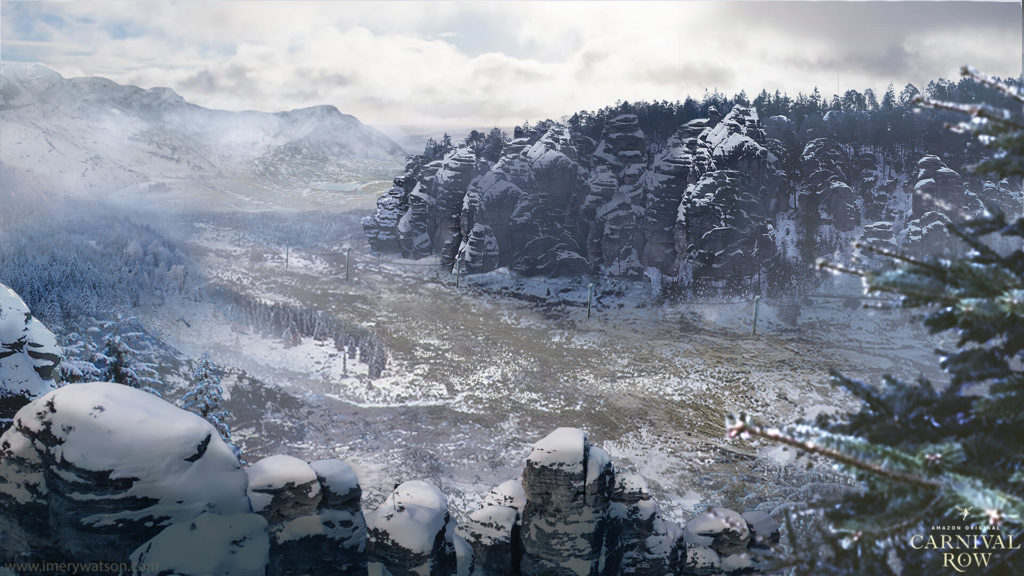 Directly in the Prachov Rocks is filming a new American fantasy mini-series Carnival Row, where Bloom portrays the main character. The series is reportedly being prepared in Barrandov studios and from the heart of the Bohemian Paradise, the team will probably move to Adrspach. It is the biggest project that the filmmakers in Prachovské Rocks are implementing.

Carnival Row’s network of mountains and caverns is actually the Prachov Rocks.

The Tirnanese Highlands is a 1-minute drive from Prague and is a UNESCO-listed Bohemian Paradise Geopark. But they are Orlando Bloom and Cara Delevigne filmed scenes in the unusual Bohemian landscape in 2018.

The sandstone rock formation is every bit as fantastic as it seems onscreen.

Prachov Rocks are easily accessible, but the amenities don´t spoil the scenery. It ‘s one of those magnificent natural features that drops you right into the landscape – but it’ s also got its own car parks and restaurants. There’s even a pram friendly route! 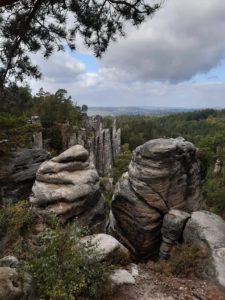 “Working on the series is very demanding in terms of production. Shooting takes several months and is much more complicated than movies because while shooting scenes into one episode, new scripts are written and you are preparing to shoot more episodes. It’s actually like making two or more movies at once, ”explains David Minkowski, who last year made Stillking Features the first series of the Genius series, the hero of which was Albert Einstein, and which was successfully broadcast by National Geographic.

But the difficulty of work is not something unmanageable for Czech film professionals, it is the opposite. American producer Gideon Amir cannot boast of the Czech crew: “The Czech Republic has a fantastic filmmaking base. As far as the arts and crafts professions are concerned, there is no assignment that Czech filmmakers could not cope with. Anything you literally want from them will always come up with a brilliant solution. But beware, it’s like having interpersonal relationships that you can’t take for granted. The quality of staffing needs to be pampered, the state should pay attention to the education of talent, ”he adds a small warning at the end.