Bouzov Castle is a romantic gem of Central Moravia 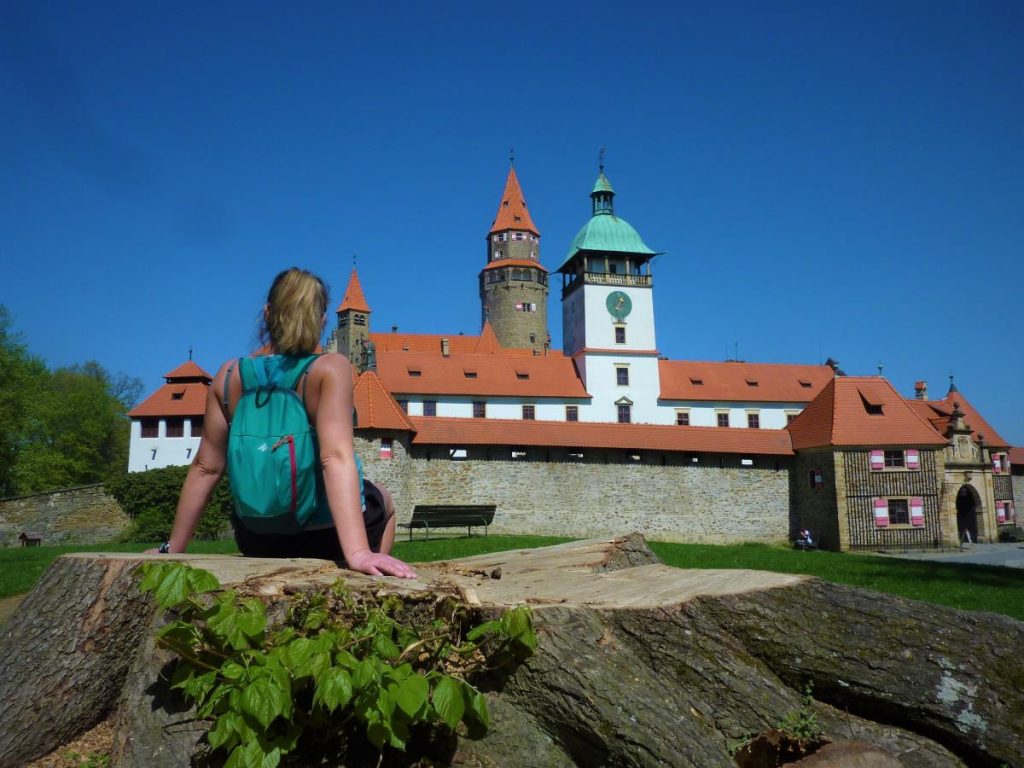 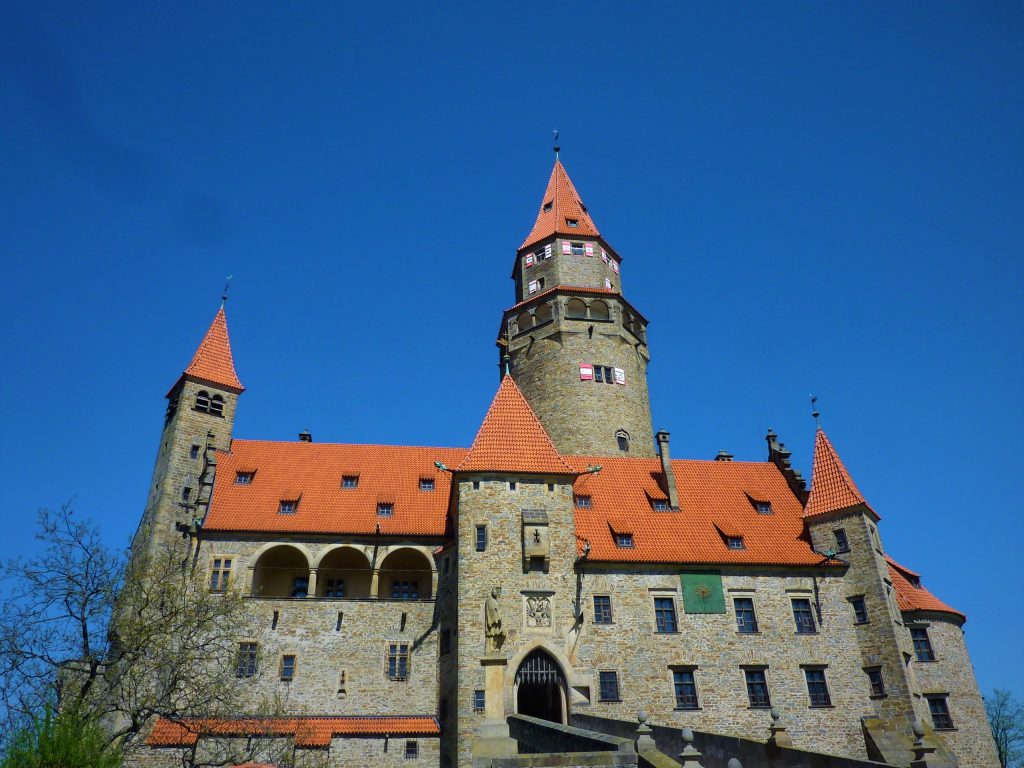 The romantic Bouzov castle, founded at the turn of the 13th and 14th centuries, is located in the picturesque landscape of Litovel and Mohelnice. The founders of the castle Bouzov are considered Búzov of Búzov, which are first mentioned in 1317. Búzov is the old Czech name for Bouzov. The original castle was a Gothic bergfritového type and during the second half of the 14th century and still in the 15th century expanded. The castle was built to guard the trade route from Olomouc through the Trebuvka valley to Jevicek.

Since the middle of the 14th century the castle was owned by the Lords of Vildenberk and after 1382 the Moravian margrave Jost, who bought the castle. The year 1396 is the time of leaving the castle to adherents of Jošt – Heralta of Kunstat. The Lords of Kunstat reigned here until the end of the fifteenth century, and during their time the castle flourished – the castle was greatly expanded, its defenses increased and the living quarters were more comfortable. From the Lords of Kunstat, in 1408 their uncle Bocek from the Podebrady family branch proceeded. George of Podebrady then transferred Bouzov to his follower Zdenek Kostka of Postupice. After his death, the estate failed, and there was no better turn until the Haugwitz of Biskupice, at a time when iron ore deposits were found. In 1558 the castle burnt down. 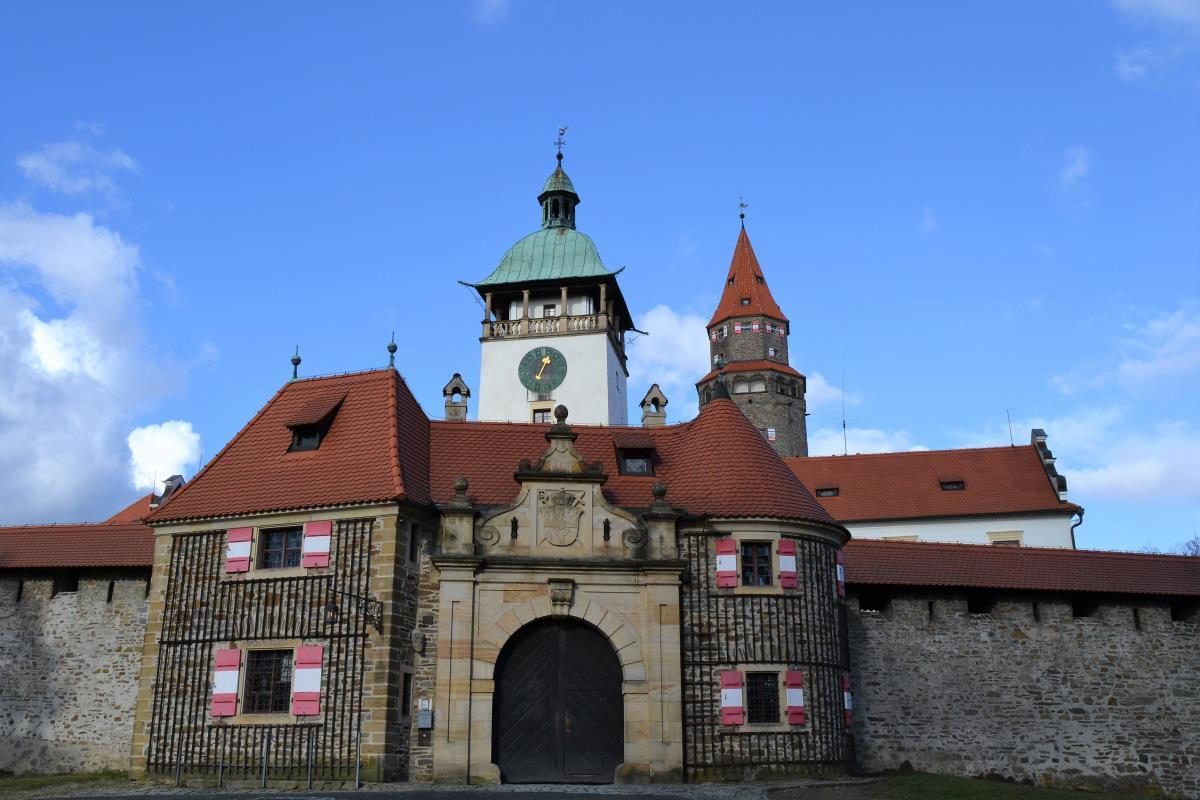 By the 17th century, the owners of the castle Bouzov became several aristocratic families from Moravia and Bohemia. At the end of the 16th century and during the first half of the 17th century, the Oppersdorf family provided for greater reconstruction. The interiors were rebuilt in Renaissance style and a new wing of the palace was built. Until 1696 it was alternately owned by members of various Czech and Moravian families, then the estate with the castle bought the Order of the German Knights. Since 1945 it has been the property of the state. In 1999 it was declared a national cultural monument. The castle is fully furnished and equipped with paintings, art objects, historical and custom-made furniture. Today’s appearance of a typical romantic mansion with battlements, oriels, loopholes and gargoyles was acquired by the castle after extensive reconstruction in 1896-1910. Unique are two functional drawbridge and drawbridge, which visitors can see in operation at festive occasions – opening and closing of the season, exhibition opening, castle fair and carnival, etc. The magic charm of the castle makes it a sought-after object for social events, concerts, theater performances, exhibitions and weddings. He also played his role in many fairy tales and historical films. Bouzov offers for rent many of different interiors – halls, halls and courtyards.

It is not beyond the beauty of nature. Javoricské Caves (near Olomouc) are a big feast for the eyes, and in the hot summer and pleasant chilling.
The cave is located in central Moravia, about 10 km from Litovel, in the national nature reserve Spranek. Because of the rich stalactite decoration they are considered to be one of the most beautiful in the country and after today’s visit I have to give this statement as true yet, but we have not yet been in all. The first thing that caught my son right next to the parking lot was a really beautiful wooden playground. Fortunately, he kept his visit until the end. As the right Praguers, we headed uphill to the cave entrance, with a baby in a stroller. We suspected that there was some treachery waiting for us, but because I didn’t count on the trip this weekend, I didn’t take a stretcher. If you do not want to take the stroller a few kilometers longer, then be ready to pull it up the stairs. Like us Tour of the cave, but I do not really recommend to little kids. Stable temperature is around 7 – 8 ° C. As I wrote, a tour of the caves was worth it. They are really magical and besides the decoration, we have met several flying and dormant inhabitants. Since these caves are the largest wintering place for horses and bats in our country, we are going to go there again in the winter. Except December, the caves are open to the public all year round. 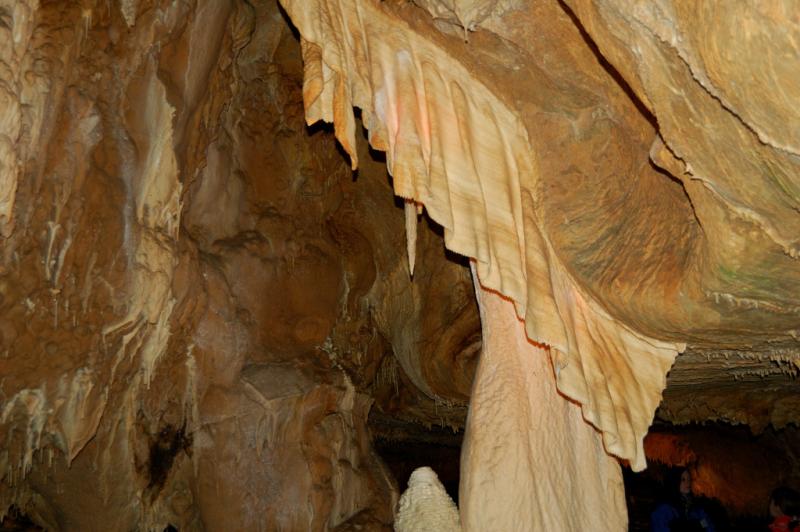